“What Can We Know Right Now, and How Do We Feel?” 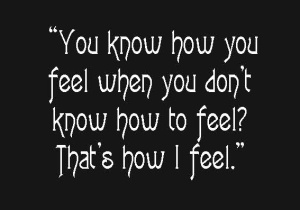 “I was neither a prophet nor the son of a prophet,” wrote the man we know as the prophet Amos (7:14). He said that he was just a shepherd and a caretaker of sycamore trees when he was called by God to deliver the Lord’s message.

I understand. I’m a “non-prophet” myself. And right now I’m “sucking air” on delivering anyone’s message, even as a deadline for this column is racing down the rails toward me.

We just successfully launched two astronauts into space and to the International Space Station without the humiliating need to hitch a ride on a Russian launch vehicle. This is progress, and the public-private partnership between NASA and commercial entities is a fine thing. (I wish we’d try it with TSA and a trillion or two other government agencies.) I feel good about this.

The Covid-19 pandemic is still pandemicking and causing an incredible level, a mind-boggling variety, of stress—physical, emotional, and economic—pretty much everywhere. (“Everywhere” is the “pan-” part.)

But the situation “everywhere” varies widely. They have over 2,500 cases in a couple of not-far-off counties where some of my kids/grandkids and two of my brothers live. Yet one son says he personally knows only one person who has it; one brother says he knows of two. In the county where I live, we had zero cases for weeks; now we have 21. I know personally one person who has died due to the virus. He lived in the same state, hundreds of miles away. I know a couple of folks in New York City who have been dealing with the virus assault there.

Most of us where I live have been trying to be careful, but until recently, it seemed pretty unreal. I always took my mask with me into the grocery store; it always stayed in my pocket.

How to feel about this all right now? Worried? Ticked off? Scared? “Over” it? Tired? Sick of it but not sick? Well, ya feel the way ya feel, but it feels weird when your feelings are all over the place. When you don’t know how to feel, you mainly feel bad.

And now. Now comes the brutal killing of George Floyd and the subsequent mayhem, and here’s the “non-prophet” aspect of this column.

Last week’s column was entitled “It’s Almost Never Wise to Trust a Mob.” It dealt with some pandemic reactions. I asked about when a crowd becomes a mob, when a protest becomes a riot, how long it takes “righteous indignation” to become mindless anger, when protesters are high-minded and brave and when they are misbehaving malcontents and professional victims.

The pictures and video I’ve seen are appalling. I don’t know if they tell the whole story, but the story they surely seem to tell is abhorrent. I don’t know if Floyd committed the crime he was accused of, but I know he didn’t deserve to die. I know that I wish race wasn’t a factor. I know that people jumping on cars, burning and looting, are thugs with no excuse, no matter their race, and they demean those they claim to “speak” for. I know that I wish we weren’t all—black and white and all races—so quick to believe in caricatures of others instead of seeing the image of God in all.

But how do I feel, and how do you, watching the pictures of the mayhem? My emotions are many. Mostly sad.

But I do know this: I know that people of good will of all races, people who aren’t interested in joining mobs, can and do learn to respect and love each other. I know it happens, and I suspect that it happens most regularly among Christ’s followers. I’m thankful for that.

I know that we need to hug each other, virus be hanged.

You’re invited to check out my website at http://www.CurtisShelburne.com!

Copyright 2020 by Curtis K. Shelburne. Permission to copy without altering text or profiteering is hereby granted subject to inclusion of this copyright notice.