When “War” Comes to Worship, All Sides Lose 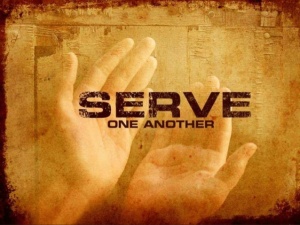 I try to avoid ever firing any shots in what have been called the “worship wars.”

“Worship” and “war.” Those two words together, not held at arm’s length from each other by a conjunction, form a jarring contradiction.

We know what the Apostle Paul would say because we know what he did say in Philippians 4:2 to two squabbling gals named Euodia and Syntyche (who some wit has christened Odious and Soon-touchy). He doesn’t describe the “issue” or take sides. He just says, “Get along.” The mere fact that Christians were fussing was shameful, as out of place as a cow patty on a cheesecake. It still is.

Our Lord Jesus went to the cross, completely emptying himself, laying aside his own will, out of his love for his Father and us. How ludicrous, how deeply wrong, it is for those saved by his sacrifice to refuse to sacrifice their own rights—maybe even to shoulder the unbearable burden of singing a song or two that we might not like but that might very much bless someone else?

I wonder. In times of persecution, do people worry and fuss about such minutia? I wonder how long we could endure the real thing if our idea of suffering is to sing a song we don’t like or endure a service with the thermostat set a bit too high or too low for our personal comfort. (Oh, it’s impossible to ever get that one “right.”)

I do understand why some fine pastors I very much respect and some great churches have chosen to offer separate “traditional” and “contemporary” services, particularly when the whole congregation can’t fit into the building at the same time anyway. I’d likely do the same thing. But, ideally, I much prefer a “blended” worship where we sing a variety of styles and thereby inch up on something called sacrifice. Or love.

As the disparity between styles widens, though, I admit that “blended” is a challenge. “God of Our Fathers” cries out for an organ. “Kumbaya” equivalents, soundly Trinitarian (that’s good) with three hundred verses (fine for the first 150), need a guitar (and maybe a campfire). And the latest coolest Christian Luv Radio Top 40 or sorta sacred rap songs call for calisthenics, maybe some amazing riffs, and perhaps a good deal of other jumping about. It can be a tad jarring to go straight from some of these into others of these.

Yes, and I suppose church folks have always been like all folks. Everyone is somewhere on a continuum from dyed in the wool and pretty much calcified traditional (danger: ossified folks bend poorly and break easily) to folks burdened by carrying about a heavy load of coolness (danger: cool marches on, and we look silly chasing it). The fact that the former folks on one side of that continuum have usually paid the freight and are the reason the church exists perhaps should at least not be totally forgotten but never brandished like a club.

But the One who truly paid the price, the Reason the church exists, is Jesus. And if we ever catch ourselves fussing about worship, we’ve already lost the fight and are utterly defeated. Claiming to see better than our brothers and sisters in Christ’s family, we’ve already poked out one eye and are half-blind and stumbling; we’ve lost the focus of all worship, and we are denying the Cross. Then whether we’re doing so with a pipe organ, a cappella, or a heavy metal guitar makes precious little difference.

Copyright 2018 by Curtis K. Shelburne. Permission to copy without altering text or for monetary gain is hereby granted subject to inclusion of this copyright notice.